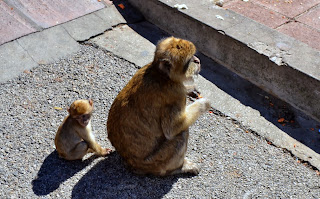 In a cafe at the bus station on my way to Tarifa in Southern Spain.

It is the last day of my holiday.
I am staying in Polish Pete`s flat in Gibraltar.
I am glad I made the trip to Spain and Gib and
It hasn't cost me too much money
and I have had a good laugh most days.
I broke my sunglasses on my first day.It was the fault of the flies buzzing around my head.
I have been walking around a lot and swam in the sea most days.
It was cold but It gets the blood flowing.
My left foot is sore again and I will have to get it seen to when I get back to London.

I am listening to some eighties music on my iPod, feeling OK with life.
but also a little sad.
I would like to meet a pretty Spanish girl, or any girl to that matter.
The girls P. and I met last night in Gib were good fun and it made me think back to some fun times in Spain before my dad died and I became ill.
I liked the younger girl Lorena and so did Peter but he would not admit the fact.
He keeps his cards close to his chest.
The older girl from Romania was nice too, Josephine I think her name was.
I feel I made a bond with both of the girls but sadly they are both spoken for.
Lorena took my email address so who knows?

Friday and Saturday night on holiday I spent with Polish Pete, we went on the pull in the local Spanish square on the Friday night. The women we saw there in the last bar were extremely attractive and had a nice “shape.”
There didn't seem to be that many young men on the scene.
Sadly we didn't do much more then ogle the women all night.

Saturday was a very eventful day. We took a cable car up to the top of the rock and the views were amazing. It was a great fun observing all the monkeys too.
A Russian guy got bitten by a monkey but he didn't seem too concerned as he had a bottle of beer close at hand to blot out any pain. Another girl had to fight a monkey from stealing her expensive hand bag.
It was funny and dramatic at the same time, as the monkey was at the edge of the cliff at the time.
The evening started slowly but we stumbled upon a very interesting club / bar full of older English/Spanish women.
They told me that they were on a school reunion, 40th night out. We worked it out, that most of them must have been aged fifty, but they looked and danced very well. I don't think my dancing helped my injured foot however.
I forgot to mention Dan from Essex. I got chatting to him in a bar on the beach one day. We put the world to rights, slagged off the waiter and the poor service and talked about football. I was envious of Dan when he told me about his trip to watch England play in the World Cup in Mexico. He even met some of the players in their training camp, he told me. Now it is Monday morning and the weather is cooler today.
London will be much colder.
Posted by David at 10:49 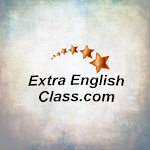